Solar thermal and photovoltaic panels: everything you need to know 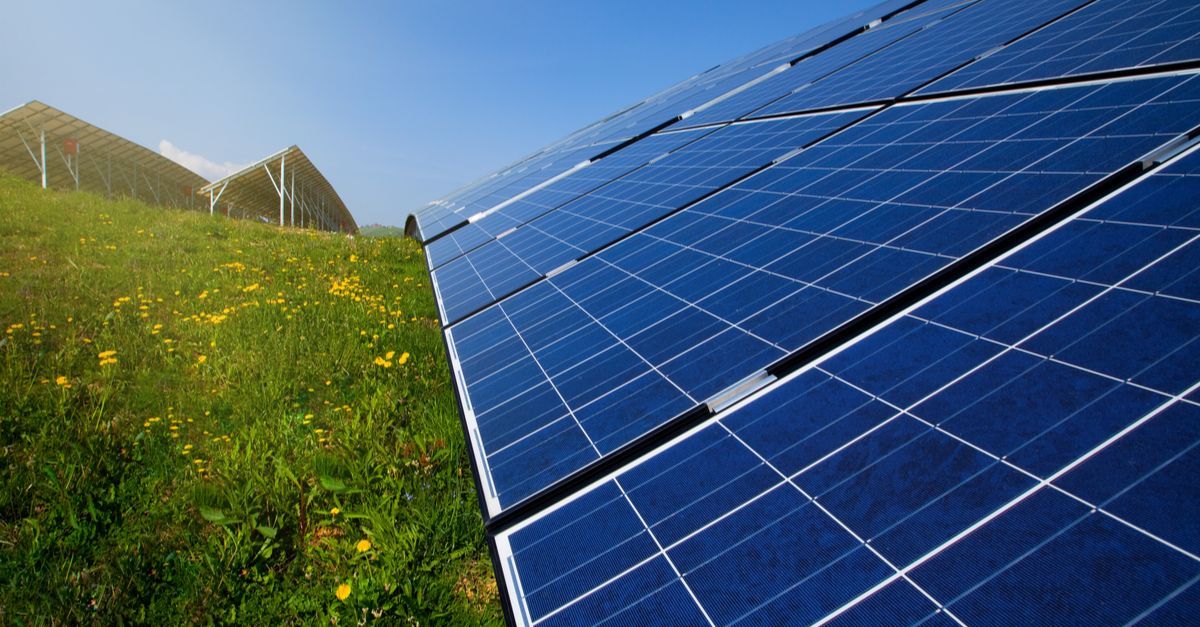 Over the last few years, solar panels have become increasingly essential elements both for private homes and for companies aware of the importance of the production of clean, efficient and sustainable energy.

Because of the significant changes imposed by the Covid-19 pandemic, a growing number of companies and people have decided to adopt a more environmentally responsible approach.

In spite of the setback suffered by many sectors, the European solar market has seen an 11% growth in 2020 and an increase in production of 18.7 GW, the highest value in the last 9 years. This increase is not only due to the competitive prices of solar energy, but also to its scalability and the high degree of technological innovation.

According to their use, two broad categories of solar systems can be distinguished: photovoltaic solar panels and thermal solar panels. Let’s see all the details.

How solar panels work and what they are for

It is common to confuse photovoltaic solar panels with thermal ones which, on the other hand, produce sanitary water. Thanks to semiconductor materials, once irradiated by sunlight, photovoltaic systems have the ability to generate an electric current through the physical principle of the photovoltaic effect. The electricity produced will be used at home and in the company or fed into the national electricity grid in exchange for a credit on the bill through the incentives of the Energy Account.

Solar thermal systems also use the sun’s energy as a renewable source, but the principle of operation is not the same. Basically, the effect is very similar to what occurs inside a greenhouse. When the light hits the surface, some of the incident rays are reflected, while the other part manages to pass through the glass that covers the absorbing metal plate. The latter, once heated, emits energy in the form of infrared radiation, but the return heat is retained internally by the glass itself and transported to a storage tank by means of the coils of the plate.

But what happens when the sun doesn’t shine?

Even in the case of an overcast sky and low solar radiation, these types of systems are able to produce heat starting from the diffused radiation due to the reflection from the clouds. The heat, therefore, will be stored in a boiler (gas or electric) capable of ensuring a volume equal to more than double the daily hot water requirement. Insolation can depend on both cloud cover and the orientation of the panel with respect to the sun. When solar radiation is insufficient, therefore, centralized or electric heating is used.

What is the difference between solar and photovoltaic panels

After briefly explaining the operation of the two main types of solar panels, let’s see in more detail the distinctive characteristics of each.

Both technologies, in fact, make use of the same renewable energy source, but they do so with completely different methods and purposes.

As mentioned before, thermal solar panels exploit the energy of solar radiation and convert it into thermal energy that can be transferred to a storage tank for later use, such as the production of domestic hot water or domestic space heating. They usually occupy a relatively small surface area: to heat sanitary water, the installation of a single solar thermal panel per home may also be sufficient. Thermal systems have a high degree of efficiency and require a rather limited investment, thanks also to recent concessions and incentives.

Among the most common uses are:

Photovoltaic panels, on the other hand, have the function of converting solar energy to produce direct current electricity, which will be transformed by an inverter into alternating current, that is, the one intended for domestic use (such as lighting or household appliances). These types of systems require a greater economic investment, since they require more panels and, therefore, much more space to meet the energy needs of a home or a company.
The main advantage of photovoltaic lies precisely in its versatility. The electricity produced, in fact, can be used for many applications, the main ones being:

Another advantage of photovoltaic solar panels is their contribution to reducing the carbon footprint, i.e. the measurement of the amount of greenhouse gases we produce in grams or kilograms of CO2.

To show you a virtuous and eco-friendly example of solar panels, we don’t have to go far from the Fratelli Mariani headquarters in Cormano, Milan. In fact, in recent years we have acquired a greater awareness of the environmental impact of our company. Therefore, we have started to make more eco-sustainable choices, starting with the buildings that house our business.

In this regard, we have installed solar panels on the roofs, covering an area of ​​approximately 10,000 square meters. This investment allows us to capture the sun’s energy, using photovoltaic cells, and then convert it into electricity with a potential annual production of up to 367,900 KWh. 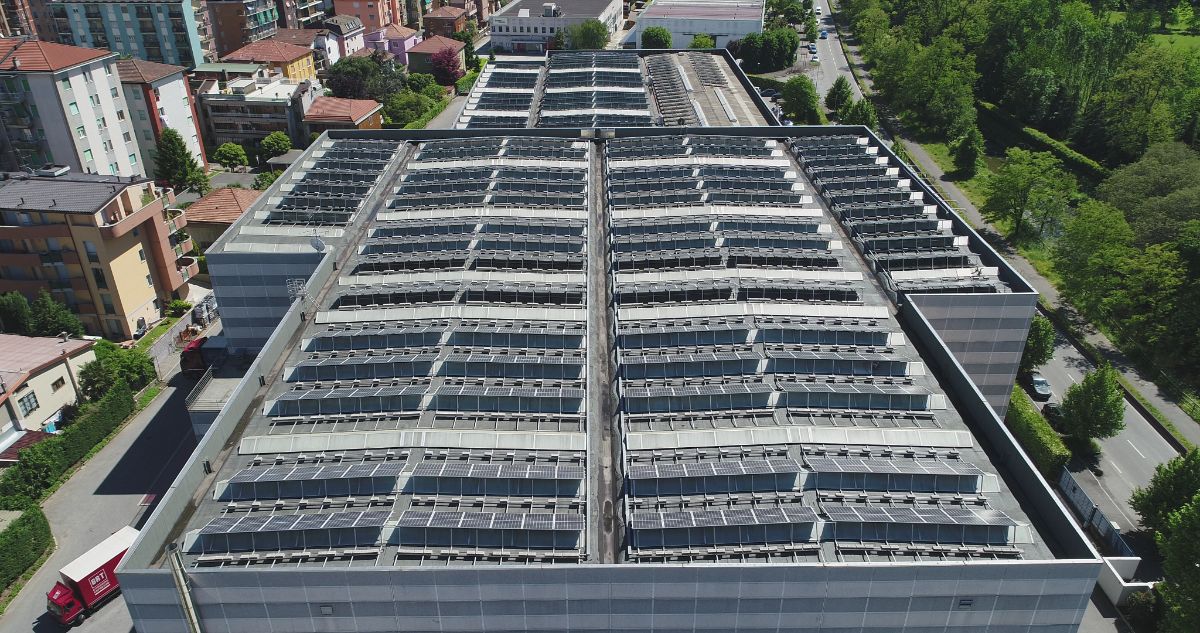 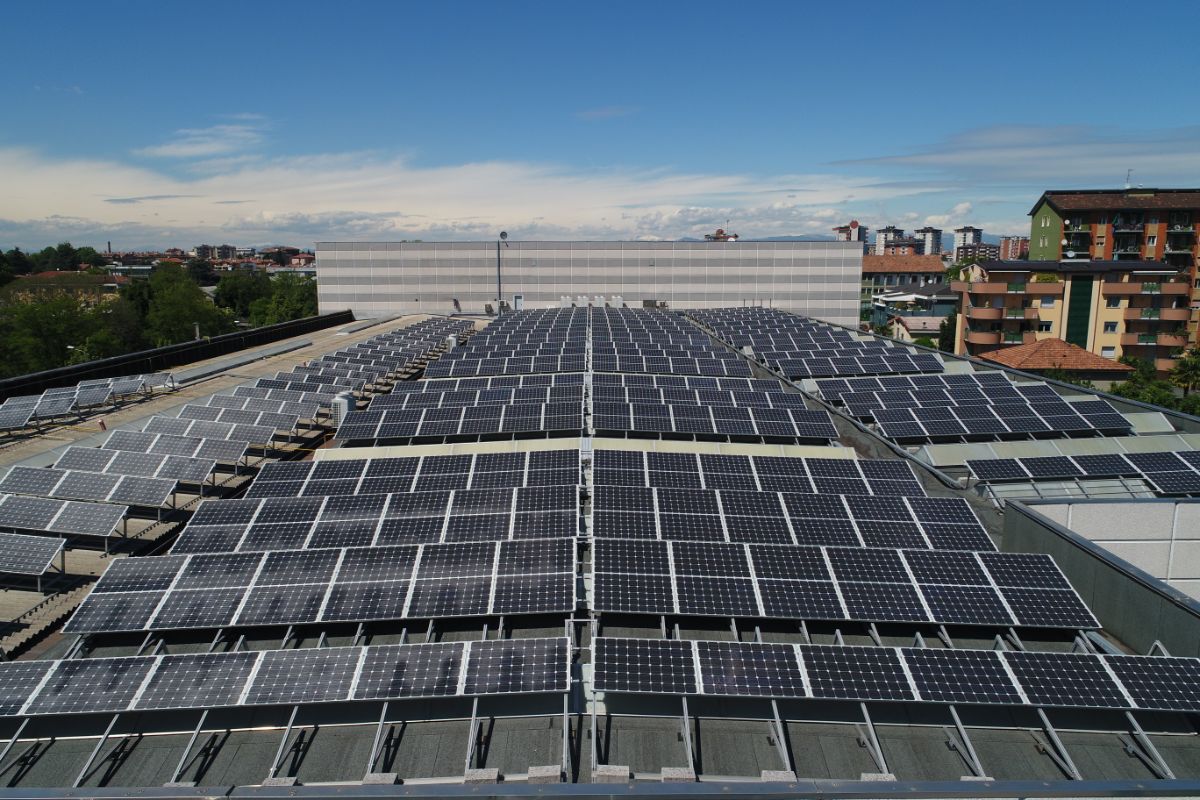 What are solar panels made of

Although today there are different types of collectors, a solar thermal panel, in its basic configuration, is made up of the following essential components:

As for photovoltaic solar panels, the basic element is the photovoltaic module that directly converts solar radiation into electricity and is composed of a set of silicon solar cells assembled together.

Among the many models on the market, the most popular is the one made up of 36 cells arranged in 4 parallel rows, and connected in series to obtain the desired power.

In addition, to ensure further support to the system roofing system, expanded metal and wire mesh with high resistance to atmospheric agents are used.

How Long Do Solar Panels Last?

Solar panels do not have an infinite duration: over time they can wear out and suffer damage of a different nature. If maintenance is not sufficient, then they will have to be replaced immediately.

On average, the life cycle of a photovoltaic system has a duration of 20-25 years and has an annual power loss of 0.5%. Turning to thermal solar panels, on the other hand, the average activity is 10-15 years, but always provided that ordinary maintenance is carried out on a regular two-year basis.

Conclusion: solar panels what to know

According to the executive director of the International Energy Agency, Fatih Birol, solar will be the energy of the future, and Italy will play a leading role in guiding the transition from fossil fuels to totally green ones. Solar panels, therefore, represent the ideal solution for those who want to use alternative energy from renewable resources with a durable and resistant structure.

In light of all this, is solar thermal or photovoltaic more convenient?

There is no single answer to this question: it depends on a number of factors, such as the characteristics of the house, the area, the climatic conditions, the orientation of the roof, the amount of kW needed and family consumption habits. The only person able to provide technical advice on the most optimal choice to be taken is an experienced professional in the sector.